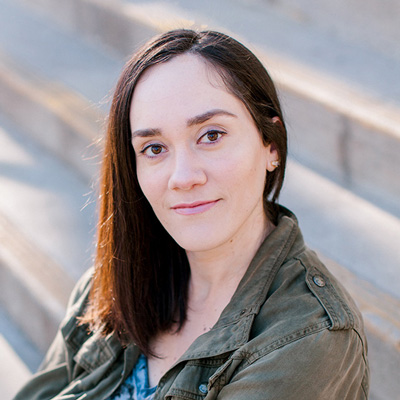 In this guest post, Dayana Mayfield of Refunds Manager discusses what you should know about FBA reimbursements.

Amazon FBA reimbursements are owed to Amazon FBA sellers for any issues or errors that need to be resolved. Did an inbound shipment miss out on some inventory you sent in? You’re owed that money back.

Did a customer receive a refund even though they didn’t return the item? You’re owed that money back.

Amazon FBA fees are so complicated, and there’s so much daily sales volume happening on Amazon, that issues are bound to happen.

To help you better understand the different reimbursements you might be able to get from Amazon FBA, we’ve broken them down into the top categories, or types, of reimbursements.

These are the seven main categories for Amazon FBA reimbursements:

You send in inventory to Amazon FBA’s warehouses, and you expect it to be received and processed without any problems. However, there are a few issues that can occur:

Amazon FBA protects the inventory that you send in under their terms of service, so if inventory has gone lost or been damaged after you sent it, you’re owed a reimbursement for the amount. This is typically the average sales price of the item (not what you’re listing it for at that time).

However it happened, the fact is that you’re missing a certain number of units that can’t be attributed to recent orders.

Because of the mass volume of products and orders on Amazon, this is a fairly common occurrence. Many sellers will have a few lost units every month.

Your FBA-housed inventory can be damaged by Amazon employees when they are fulfilling orders, or by carriers who are delivering customer returns back to the Amazon warehouse.

Because of the volume of products, this is another common category for reimbursements. When they’re fulfilling orders, Amazon employees move fast. When you move fast, accidents happen!

While there is a Damaged Inventory report inside of Seller Central, it is also possible that Amazon won’t catch every instance of this occurring. Customers can even receive inventory that is slightly damaged.

Of all the Amazon FBA reimbursement categories, this one is the most common. There are the highest number of individual issues that fall within this category, and with so many returns being processed every day, problems are inevitable.

Amazon might destroy inventory without your explicit permission. This usually happens because a customer returned something damaged and it is no longer sellable.

Amazon is supposed to refund you for the value of the item whenever this happens. But sometimes, the reimbursement never comes through. Not only do you have to find errors, but you also need to check that reimbursements actually get processed when they’re supposed to.

There are many different types of Amazon FBA fees. There are commission fees (the percentage you pay Amazon for selling in any category), storage fees, long term storage fees, and shipping fees.

All of these fees depend either on the category you’re selling in, how long the product has been stored at Amazon, or the size and weight of the item. Sometimes, you’re overcharged the wrong fee. You can be charged shipping fees for a product that is twice as heavy. Or you could be charged the 15% commission fee in the books category for an item in the consumer electronics category, which is supposed to be 8%.

Overages like these can add up to really large reimbursements, especially when they last for weeks or months.

There can also be issues with processing order quantities. A customer can receive three items when they only paid for two. Most customers won’t ship back the extra. They’ll just enjoy their luck.

When this happens, Amazon may not discover the error on its own. You’ll need to detect discrepancies in your inventory and order details.

Protecting your account and your hard-earned profits is a must. Amazon FBA will automatically reimburse you for some issues, but they won’t catch all of their own mistakes. That’s why you need the perfect mix of inventory and order tracking software and manual account auditing on your side. Learn more about our done-for-you Amazon FBA reimbursement service.

Manage Inventory Health: How it Works

Key Secrets for Never Running Out of Stock on Amazon