Shopify vs. Amazon: What's the Best Channel for You?

There’s no doubt that Amazon is the biggest sales channel on the internet, but it’s certainly not the only way retailers can turn a profit. While Amazon provides the complete marketplace experience across dozens of product categories, tons of shoppers still prefer smaller, specialized online stores — most of which are powered by Shopify!

The question of where to set up shop is a tough one, and answers vary depending on what you’re selling and to whom you’re selling it. In this Shopify vs. Amazon guide, we compare the two sales channels, explaining the pros and cons of each so you can decide which is right for you.

Shopify vs. Amazon: An Overview

The truth is, Amazon and Shopify are not in direct competition. In fact, Shopify is not an eCommerce site at all. Rather, Shopify is a Software as a Service (SaaS) company that allows people to build their own eCommerce sites quickly and easily with no web design experience. The only thing you can buy on Shopify.com is a website.

The true Shopify vs. Amazon rivalry for shoppers stems from whether to buy from Amazon or one of the 2.69 million Shopify sites online in the US alone. Because that choice depends on shopper preference and industry, the real debate is for retailers deciding where to sell.

We discuss the details of Amazon vs. Shopify below, but in a nutshell, it comes down to selling on a known marketplace with tons of shoppers (and competition) or choosing to create your own with the added responsibility of bringing in traffic.

Selling on Shopify Pros and Cons

Founded in 2006, Shopify was one of the first DIY website platforms. It uses a paint-by-number style of web design where users simply fill in the forms with their customized information — product prices, descriptions, images, etc. The Shopify software then puts it all together to create a fully functional website without the user having to code, opening up eCommerce to virtually anyone, regardless of their technical experience. 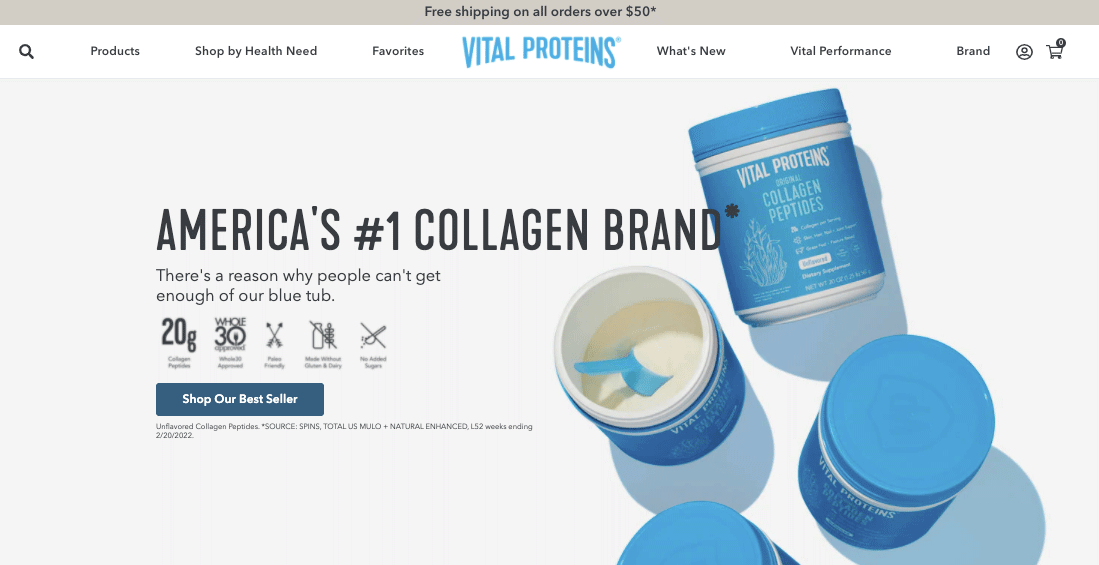 That remains the biggest advantage of Shopify: you can build your own online store in a matter of minutes and with very little effort. Shopify doesn’t have as many customization options for visuals and layouts as the other DIY site builders like Wix or Squarespace, but the main appeal of Shopify is that it’s made specifically for eCommerce. With Shopify, you get a host of built-in sales features like coupon codes, gift cards, and unlimited product ranges, all right out of the box.

The main drawback of hosting your own Shopify site, however, is that you’re on your own. Shopify sites are responsible for getting all their own traffic, not an easy task for small and unknown retail brands. It requires a hefty investment in marketing and advertising, on top of the necessary sales strategies.

For pricing, Shopify charges a monthly fee of either $29 or $79, with even higher-cost tiers for bigger brands. If you use Shopify Payments, the platform’s built-in processor, you only have to pay the standard processing fee of 2.6-2.9%, but you can also implement outside processors, each with their own fees. There is no flat fee per sale.

Selling on Amazon Pros and Cons

By contrast, selling on Amazon gives you access to the largest stream of shopper traffic on the planet, right from the moment you join. That’s the main advantage of Amazon — you’re selling where the buyers already are. You don’t need to worry about getting traffic to your site as you do with Shopify. However, you do need to get shoppers to your product pages on Amazon, something that's only getting harder.

More shoppers means more competition from other retailers, too. It’s dog-eat-dog at Amazon, and the top sellers are always monitoring their prices and optimizing their advertising campaigns. While you can use Amazon product research software (or our helpful product sourcing analysis template!) to stay one step ahead of the competition, most sellers still need to invest in internal Amazon advertising, such as PPC campaigns, to get noticed.

The other big disadvantage of Amazon is that you don’t really get to personalize your product pages like a Shopify site. Most Amazon pages are uniform, with the exception of those that use A+ Content (formerly Enhanced Brand Content). Even with A+ Content, you don’t get much choice about how your page looks, which can stifle branding.

Pricing on Amazon is a mixed bag. If you’re serious about eCommerce, you’ll want a Professional selling account at $39.99 per month. Depending on your sales strategy, there will likely be other fees, such as Fulfillment by Amazon (FBA) fees or product category fees. That’s just the price of entry for selling in the world’s largest eCommerce market.

Amazon or Shopify: Why Not Both?

Here’s the thing about the Amazon or Shopify question — you don’t have to choose one over the other. Both platforms accommodate selling on multiple channels, so you can build your own Shopify site and sell on Amazon at the same time. This gives you the best of both worlds: the built-in traffic of Amazon plus the freedom of designing your own Shopify store.

As long as you can afford maintenance on both, your Shopify and Amazon presence can complement each other well. Aside from targeting different market groups, you can also test products on one platform before selling them on another, or experiment with certain promotions or packages in a limited capacity before implementing them all around.

If you’re using FBA, Amazon can fulfill Shopify sales for you. As part of Amazon Multi-Channel Fulfillment, sellers can use FBA to fulfill sales on a variety of channels like eBay, WooCommerce, and of course, Shopify. That can save sellers a lot of headaches in managing orders from different sites, although you have to be careful about FBA fees.

All-in-all, Amazon and Shopify work really well together, which is why there's even an Amazon Shopify integration available. While certain criteria must be met, it is possible to sell your products on Amazon.com through your Shopify store. This can really help you scale your brand quickly and take advantage of the benefits offered by both platforms.

When you’re committed to eCommerce, you want to experiment with different outlets to see what your particular shopper group responds to. And because Amazon and Shopify aren’t in direct competition, using both sales channels allows sellers to double their strategies and methods.