Cryptocurrency: How It Works and What to Know 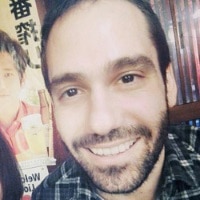 Cryptocurrency is a hot topic for many Amazon sellers. We asked Matt Ellis to give us the scoop in this quick guide to what it is and how it works.

Yeah, I’ll admit it, I laughed when I first heard about Bitcoin. Almost ten years ago, it just seemed like a hoax, like a Ponzi scheme for nerds. “Only a fool would invest in something like that,” I boasted arrogantly, and my like-minded friends all laughed with me. Well, it turns out those “fools” have made fools of us all.

In addition to making a bunch of forward-thinking investors rich, Bitcoin has legitimized cryptocurrency as a viable alternative currency. While claims that it’s the “future of money” are yet unproven, one thing that’s for sure is the rise of new cryptocurrencies on the heels of Bitcoin’s success. The hopefuls for “the next Bitcoin” are already on the market as you’re reading this.

But, as the name inadvertently suggests, cryptocurrency is a bit cryptic. How does it work? Can you make your own? There are lots of technical and jargon-heavy articles out there, so I wanted to explain it in a way that anyone can understand. Read on to learn more!

Let’s start with the name. The “crypto” in “cryptocurrency” comes from “cryptography.” Cryptocurrencies are always digital currencies, as opposed to paper bills and coins, and so rely on cryptography to secure its transactions and control the creation of units. This security is necessary to stabilize any currency, so a digital currency is only possible thanks to cryptography.

For a long time, a decentralized cryptocurrency was just a theory because no one could figure out how to verify transactions. This is one of the most important, and difficult, challenges for a digital currency because it protects against “double spending.”

Double spending is when a transaction is not verified and the trader can essentially use the same currency again without penalty. It was Bitcoin that first stumbled upon the solution to verify transactions: a peer-to-peer network, the same system used by file sharing software. (Double spending is an issue exclusive to digital currency; paper money doesn’t have to deal with it because it’s backed by physical tender. You can’t spend money again if it’s already trapped in someone’s cash register.)

Are you with me so far? Here’s where it gets (even more) confusing. How did Bitcoin find a way to ground this digital currency?

Instead of a central institution controlling the currency, it’s a log of transactions from actual users. Remember that for currencies to work, they need to verify the transactions; with Bitcoins, every time someone wants to make a transactions, it’s sent to the peer-to-peer (P2P) network, confirmed, and then logged. Once a transaction is logged, it can’t be changed or undone. That’s the security and stability required for a currency to survive.

So, to summarize, most centralized paper currencies are regulated by the government. Bitcoin, and the next wave of decentralized cryptocurrencies following in its footsteps, are regulated by the users. There are only so many “Bitcoins” available, so every time someone trades one, it’s recorded by the P2P network so that everyone knows the whereabouts of all Bitcoins, preventing against double spending and other forgeries.

Blockchain: Remember when I said that currencies needed to record every transaction? A “blockchain” is where Bitcoin records theirs. Think of a blockchain as an old-fashioned ledger. About every six hours, all the recent transactions are grouped together into a “block,” and that block is added to the main “chain” of blocks, called — you guessed it — the blockchain. See, cryptocurrency isn’t always intentionally confusing.

The blockchain is the system that Bitcoin invented that made it succeed where others have failed. It’s an ingenious solution that’s now being adopted by other cryptocurrencies and even some countries. Using a blockchain system, governments can digitize their currencies, turning their national money into something like a centralized cryptocurrency. Sweden and Russia have already expressed interest, as well as Israel, which sees centralized cryptocurrency as a means to curb the 22% of the national output derived from the black market.

Miners: Miners are the people who confirm each transaction, the worker bees of a cryptocurrency. They review the transaction, mark it as legitimate, then spread it across the rest of the network so they can enter it to the blockchain. Miners essentially compete with each other for the right to enter a block to the blockchain, which is what they are paid for, usually in the cryptocurrency they’re working for. They compete by “digging away” at the Proof of Work, hence the name “miners.”

Proof of Work: Okay, take a deep breath because I'm going to get technical. To prevent fraud on behalf of the miners, cryptocurrency companies require them to “solve” a Proof of Work. Think of a Proof of Work as a digital puzzle so hard, it takes significant computing power to solve. Miners use their computer resources to keep generating random guesses until they find the one to unlock the proof of work.

This means miners have to earn the right to add the block to the blockchain (and get compensated). It needs to be difficult because, if it were easy, miners could simply forge fraudulent transactions and bring the whole system down.

How to Start Your Own Cryptocurrency

Like any other industry, there are right ways and wrong ways to break in. You might be thinking that cryptocurrency is only for tech geniuses who think in binary and process advanced calculations over breakfast, but the truth is starting your own cryptocurrency is not as exclusive as all that. It relies less on coding skill and more on traditional business strategizing. For the sake of simplicity, I've broken down the process of starting a cryptocurrency into four basic steps:

As always, your first step in any business venture is to identify your target audience. Who do you want to use your cryptocurrency and, more to the point, why should they use yours instead of the others already available?

To give some perspective, let’s look at Feathercoin, which targets a niche of cryptocurrency enthusiasts who felt alienated by Bitcoin’s exclusivity. Feathercoin’s founder Chris Ellis noticed many people’s frustrations on the Bitcoin forums, whether because they didn’t understand the tech jargon, or just a general unwelcoming vibe for newcomers. So he started Feathercoin for people who were new to cryptocurrency and wanted a little guidance.

Don’t panic. By most accounts, coding your cryptocurrency is not as bad as you might think, and can be completed in just a day or two. How can that be? The open source code for Bitcoin is available on Github, so with a little bit of C++ knowledge, you can add your own features to a Bitcoin fork.

However, if you want to deviate from Bitcoin’s code and do something truly original, then you’re looking at a much more intensive coding project that could take months.

The next step is to recruit miners. This requires a mix of traditional business tactics and some old-fashioned charm — after all, you need to convince these miners that your coin will be worth something someday, namely because you’re paying them with it.

Finally, you need to find places that accept your cryptocurrency so that people can actually spend it. Again, this requires a degree of persuasion so the merchants are confident in your currency.

Feel free to fall back on traditional marketing techniques for recruiting merchants. Generating awareness through digital marketing is a big help for validating your cryptocurrency and creating buzz, and a firm you-scratch-my-back… proposal to vendors can also yield direct results and profitable collaborations.

Who is Satoshi Nakamoto?

That’s about all for the basics of cryptocurrency… anything else would require getting much deeper into the tech jargon. Throughout this article, I’ve made countless references to Bitcoin, and for good reason: it pioneered the cryptocurrency industry and established a precedent for how it’s done. But who exactly runs Bitcoin? Whenever a name is needed, Bitcoin only refers to its developer’s pseudonym Satoshi Nakamoto.

If you’re serious about starting a cryptocurrency, you might as well get advice straight from the source. Check out Bitcoin’s initial white paper on how they created the world’s first decentralized digital currency, accredited to Satoshi Nakamoto.

Did I answer all of your questions about cryptocurrency? Is there anything you want broken down in even simpler terms? I'd love to hear from you, so please share your thoughts in the comments section below.