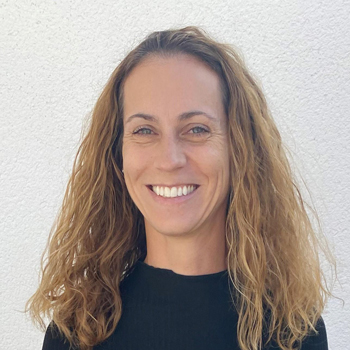 It is an uncomfortable time for vendors on the Amazon marketplace. Many are concerned and confused with Amazon changing its ordering behavior. Additionally, some vendors have had their accounts closed and been told to move to Seller Central. Rumors are swirling about a "One Vendor" system on the horizon.

One thing that is important in these situations is that we focus on facts. There is lots of speculation and opinion out there. While interesting, it should not be a basis to make business decisions on, although the "noise" is a warning sign that vendors do need to start preparing themselves should this speculation become a reality.

On March 4th, many vendors who receive Purchase Orders from Amazon like clockwork every Monday morning were worried when no orders came through. On checking with fellow vendors, it appeared they were not the only ones and thousands of vendors were affected. When checking with Amazon, it seems Vendor Managers and Vendor Support were in the dark. The responses varied from some vendors being told it was a system error, while other vendors were told that no more POs will be raised going forward. In addition, some vendors working with Amazon on the Direct Fulfillment program found their inventory set to zero and were unable to change this.

Then, on Monday, March 11th, many vendors received their POs as before with no abnormalities. So, does that mean business as usual? Was it just a glitch in the system?

Have a Back Up Plan

Regardless whether or not it was an error, it is clear that vendors cannot depend on their Amazon retail business and should have plan B in their back pocket. This is a great example where Amazon can switch a business on and off overnight. You don’t want to be that business that crumbles if they switch it off.

Most businesses will have a seller and vendor business on Amazon, whereby they have adopted a hybrid approach. For those that haven’t, you might want to start thinking about whether you open an account or work with a third party that can sell your products on Amazon on your behalf. Having another channel that you can switch on if Amazon retail switches you off will ensure ongoing availability and minimize the impact on sales.

Which Amazon Vendors are Impacted?

Again, there is lots of speculation about which vendors are "at risk." Many Amazon consultants are speculating that it is the small to medium sized accounts, or what Amazon calls the "tail" end. Although, we have seen our smaller accounts not affected. However, if we look at the facts, Amazon has recently sent out messages in Europe and the US that focus on non-brand owners.

In the US, Amazon stated in a recent communication to vendors, “We prefer to source products directly from brand owners, so enrollment in Brand Registry will be important for vendors going forward.” They are giving vendors that are not enrolled in the Brand Registry 60 days to do so and indirectly saying that if they don’t, they may no longer order from them. They have also said that if they are not the brand owners to consider selling as a seller via Seller Central.

In Europe, Amazon sent out a communication to some vendors that are distributors saying that they received a mandate to restructure all distributors across Europe with smaller accounts being removed from the Retail Business. It is giving these vendors one month notice and the option to become a seller.

While it is clear Amazon is restructuring who qualifies as a vendor, this won’t happen overnight and will be a stepped approach. The recent communication highlights that the first steps are clearing out the non-brand owners and smaller distributors.

If you want support with this transition or with devising a contingency plan, please get in touch with us at eCommerce Nurse.