What to Expect From the Amazon Antitrust Case

Chris McCabe shares his perspective on the Amazon antitrust case and the role that sellers will play.

As Jeff Bezos gets ready to testify this week in front of Congress regarding the US government’s antitrust investigation of Amazon, let’s pause for a moment to consider how third-party marketplace sellers play a role in this ongoing saga.

Government agencies here in the US and in the EU have both instigated efforts to research Amazon’s business practices because where there’s smoke, there could be fire. They need to learn more about how Amazon collates data and uses it to compete against the brands they invite to sell on their platform. They must understand if current Amazon business practices breach state and federal laws. Laws regarding what kinds of activity, you ask?

I’m here to initiate discussion and debate on the timeliness and relevance of this situation to Amazon sellers, because sellers have enough competition already. Whether it’s other brands selling the same or similar items, manufacturer or supplier problems, or rising costs of storage and advertising, sellers spent 2020 under the gun even before the coronavirus pandemic hit. If sellers also need to compete with Amazon itself a lot more in the future, their strategies must be revisited now.

What is the Amazon Antitrust Case? 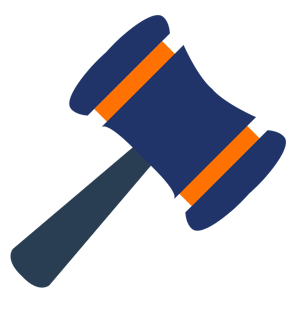 Actually, there’s more than one. The states of California and Washington are pursuing similar investigations in addition to the federal one, and there could be more states on the way.

Why is this happening? Government attorneys and investigators want to learn more about how Amazon controls sales on their site, and how that might impact unfair competition, markets, and choices for buyers.

Are they collecting data on anything and everything to provide the best possible shopping experience, i.e. the best selection at the right prices? Or is there something else at work, where they’ll eventually have their own brands for every type of product based on the data generated by all of the other brands selling on their site?

Fairness of their process and strategy is the key, and a lack of fairness is where business practices get pored over again by lawmakers.

How Does This Impact Amazon Sellers?

These investigations encourage brands selling on Amazon to analyze data on Amazon’s competition with them, to decipher any apparent unfairness in the methods used. The company managing the marketplace, Amazon, reviews a lot more data on particular products, categories, sellers, and brands than a third-party Amazon seller can. Governments seek to understand the nature of that data processing or sharing among internal Amazon teams.

Those managing antitrust investigations want to understand how Amazon competes with sellers, and it’s not only about data. Does Amazon take reports of brand abuse seriously if they involve a brand competitor of theirs, or is there inherent bias present to demotivate them? Are the same people involved in decision-making around who can sell what, when, where, and how, and those who decide which direction Amazon itself chooses to take certain categories? How does Amazon choose to develop one brand, over another?

The governments want any information that shows Amazon is competing unfairly with sellers. Don’t worry, they don’t expect sellers to have all of the answers. They understand that most relevant info is inside Amazon's own tools and behind their walls. But, they also understand that strange things happen in Amazonland that cannot necessarily be explained logically, or that Amazon businesses run into roadblocks while selling which cannot be detailed on a reply to a case, or in an email.

Give timelines, show specific listings that you’ve encountered trouble with, but lay out what kinds of trouble.

So, what do they really need? Examples, with details. Give timelines, show specific listings that you’ve encountered trouble with, but lay out what kinds of trouble. Also, as long as you do know what really happened, give them a potential list of causes, whether the sources are external parties or internal teams that tripped you up.

Their big interest here is in uncovering Amazon’s transparency around data usage and setting (or constantly changing) expectations around third party marketplace sales in relation to the TOS. What’s really fair, and what isn’t, around how Amazon manages its marketplace? The antitrust investigators intend to find out. They need sellers and other parties to help them grasp these concepts.

What Can They Do For Sellers? What Can’t They Do?

Keep in mind that contact with the state or federal government agencies pursuing this information will not mean calling a hotline and asking for help. Unlike reaching out to your congressional representative or US Senators, the antitrust investigators execute research, submit official reports, hold public hearings, and conduct interviews to understand what constitutes unfair competition under the law, and what does not.

They’re unable to go to bat for you on an account suspension or contact Amazon on your behalf to demand answers, at least as it pertains to this particular investigation. If you have a business and constituent complaint to raise with your elected representatives regarding unfair treatment or funds and inventory holds that outlast anything protected under the law, that’s a matter to treat differently. The various state and federal agencies won’t make promises to you that they’ll dial up S-team executives or petition Jeff to solve every account problem. That’s not what this is.

Eventually, these government agencies will conclude their months of research and begin to file reports with the various powers that be in state or federal governments. In the federal case, that means submitting a report to Congress, for their review and examination. After that comes hearings.

Will they want to hear from brands that have struggled to understand what’s happening around them on Amazon’s marketplace? We’ll see in the months ahead but so far, the answer appears to be yes. They want to understand the nature of competition head-to-head with Amazon, but also, if brands report abuse and no one inside Amazon’s walls is listening, is it due to lack of resources, lack of ability, or simply the lack of interest on their side because they have their own brands to worry about?

Expect there to be a continuing interest in transparency from Amazon related to how they manage their marketplace. And expect Amazon to keep saying they represent only a small fraction of the overall retail picture.