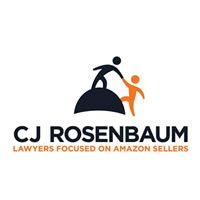 In this guest post, the Amazon Sellers' Lawyer team shares the strange case of a seller suing Amazon.com, Inc. ("Amazon") for trademark infringement.

Yes, you read that right. A seller sued Amazon for trademark infringement — not vice versa.

The marketplace reseller filed claims for trademark infringement, unfair competition and false advertising after Amazon used the merchant’s mark in some of their online pay-per-click ad campaigns. They also used the seller’s trademark in promotions on various search engines without obtaining permission from the reseller in either case.

The reseller argued that Amazon used the trademark to divert online traffic to a landing page on Amazon's website. By using the merchant's proprietary trademark to sell his competitor’s products, the seller claims that Amazon was, in effect, stealing customers which ultimately led to loss of sales.

With this argument, the reseller demonstrated that they lost potential revenue due to Amazon’s improper use of their trademark.

While that seller did have to go to court to prove their complaint was valid, Amazon eventually settled with them.

We are unaware if Amazon issued any policy violations, suspensions or bans against this seller before the suit. However, since Amazon agreed to reinstate selling privileges as part of the settlement, it stands to reason that there must have been a suspension of the seller’s account at some point.

If there was a suspension (and there likely was), there was probably at least one hold placed on the reseller’s account, as well as a period of time where the seller’s revenue and profits went to zero.

We do not know if the merchant submitted any Plan of Action or admitted to any Amazon policy violations, but here’s what we do know:

What Amazon Gave As Part Of The Settlement

What Does This Case Tell Us?

If Amazon uses your trademark improperly, you may end up with a settlement that is useful: a future with no suspensions or bans.

However, this doesn’t mean that you should sue Amazon in an attempt to prevent any future bans or account suspension. It’s crucial that you have a firm grasp of trademark law and how it applies to you as an Amazon seller.

A trademark is defined as “a symbol, word, or words legally registered or established by use as representing a company or product.”

Under certain circumstances, you can hold the trademark to something forever. Trademarks also fall under federal law and are addressed in section 32(1) of the Lanham Act, which explains that merchant sellers are liable in court if the trademark holder is likely to be damaged by infringement upon their trademark.

Simply put: that means you do not actually have to suffer damages to bring a trademark violation to Amazon or court. All you have to do is demonstrate the likelihood of damages.

If someone is using your trademark improperly, it could confuse customers who rely on trademarks as a mark of quality products, which may lead to loss of potential sales. It doesn’t matter if it was on purpose or not. Sellers need to be aware of any trademark rights they wish to use.

One important thing to note: trademarks do NOT have to be exactly the same to qualify as infringement. Marks or logos that are similar enough to create a “likelihood of confusion” to customers fall under the same category.

How To Report Trademark Infringement On Amazon

If you feel your trademark rights are being violated, as the trademark owner you may either fill out an official complaint with Amazon or file a lawsuit against the offender. Either way, Amazon is able to suspend or ban the offending account during this process.

Claiming that another seller is violating your trademark is a serious accusation and should not be used for any other reason other than an actual trademark infringement.

If you find yourself accused of trademark infringement, you have two options:

If you are not authorized and the claim against you is correct, you may be liable for damages or even stand to lose access to your Amazon account.

It doesn’t matter if it’s another seller or Amazon itself who infringes on your legal right to a trademark. You have the right to protect yourself and your account from trademark infringement at any time.

There is plenty of information available regarding Amazon suspension, legal cases and more in Amazon Law Library, Volume 1. Pick up a copy on Amazon and help protect your account today.