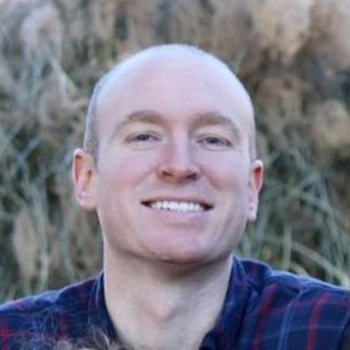 Amazon Live video gives brands a great opportunity to connect with shoppers and present their products in a new and exciting way. Learn more about the popular program, including how Rebaid can help you find the perfect event host.

With more brands than ever competing for the highest visibility positions on Amazon, advertising and marketing costs have skyrocketed. The old playbook for product launches, which relied heavily on giveaways and costly Sponsored Product campaigns, now serves as a barrier to entry for many fledgling brands.

Finding promotional methods that generate sustainable and scalable ROI is a necessity. But much of the existing literature and content available to sellers emphasize strategies reliant on popular, and thereby costly, marketing programs.

In this article, we'll review Amazon Live video, an exciting new marketing program that provides an opportunity to generate broad visibility and high sales revenues at a low cost. But before delving into this new program, it's important to establish a precedent for new advertising programs on Amazon.

In 2016, Amazon released Sponsored Products. This pay-per-click advertising program, which is now familiar to most sellers, was little known in 2016-2017.

Sellers who used this program in the early years saw average per-click costs as low as $0.02 to $0.05 for major search terms and achieved ROAS as low as 4-5%. These results would generally be unattainable for even the most well-optimized campaign today. But for sellers who took advantage of the program in the early years, there were typically large sales revenues achieved at super low costs.

However, sellers who missed out on the early days of Sponsored Products will now get another chance with Amazon Live. If you haven't heard about Amazon Live, you're not alone. While it was officially launched in 2016, it didn't start gaining traction until the do-it-yourself Amazon Live Creator app was created just a few years ago.

So what is it, and how can you get involved? Amazon Live video is a live streaming platform hosted directly on Amazon where influencers share their favorite products, perform product demonstrations, and interact in real-time with their audience.

This engaging format provides an effective way for brand owners to quickly broaden their reach. With live streams often garnering thousands of views during the event and tens of thousands of total views, including playbacks of previously recorded videos, that reach easily rivals the impressions generated through PPC ads.

And while PPC ad campaigns incur a (rising) cost with each and every click, there is no currently no cost for brands to create their own live stream using the Amazon Live Creator app. That being said, this benefit is reserved for vendors and Professional sellers enrolled in the Amazon Brand Registry.

Amazon subsidizes the cost of these campaigns by funding commission payments to the influencers for all sales generated through their live streams. This means influencers are incentivized to pitch and sell your product, thereby maximizing their personal commission revenue. Since influencers collect commission on their Amazon Live streams, their placement costs are typically modest compared to those on other platforms like TikTok or Instagram.

In addition, the Amazon-funded commission payments for each unit of your product sold by the influencer means the influencer's incentives are aligned with yours. Influencers often post links to their Amazon Live content across their various social media channels to maximize views and commission revenue generated. In summation, this turns Amazon Live influencers into your own personal sales team, in part funded by Amazon.

How to Hire an Amazon Live Influencer

While influencers often excel at producing content and engaging with their audience, they are notoriously difficult to work with on the business side. You can self-identify influencers that you believe would be a good fit for your brand and reach out and build a relationship, culminating in them producing content for you. A better alternative is to use a platform that has existing influencer relationships and can streamline the process, resulting in content produced in days rather than months.

While there are many influencer marketing platforms, the only platform that specializes in Amazon Live influencer placements is Rebaid. For sellers that have been active for many years, you may recognize Rebaid as an Amazon deals site. But in recent months, Rebaid has diversified to support multiple promotion types, including Amazon Live campaigns.

Creating an Amazon Live influencer campaign on Rebaid is easy. After signing up for a Rebaid seller account, you can begin creating a campaign. In under two minutes, you can see influencers who would be a good fit for your product and campaign goals.

Influencers typically schedule the Amazon Live event within 7-10 days of receiving your sample. Prior to the live stream, you'll receive an email from Rebaid with the scheduled date and time. Brand owners are encouraged to watch the live event as this is a great opportunity to get real-time feedback and engage with shoppers through the live chat feature available next to all Amazon live streams.

Similar to Sponsored Products, the cost of Amazon Live video will increase in the coming months and years as more brands discover the value of this marketing channel. So the best time to take advantage of this new program is now.

Influencer campaigns are widely known to be the best method for rapid brand growth, and Amazon Live brings this to a whole new level for Amazon sellers with its frictionless sales conversion process.

With Amazon Live event placements starting as low as $100 on Rebaid, there is really no reason not to give this a try. Hundreds of sellers have already taken advantage of this powerful new marketing program and achieved great results!