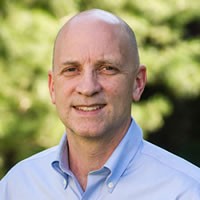 Amazon is opening 'sortation centers' in collaboration with the US Postal Service (USPS) to enable faster and more Sunday deliveries.

Don't miss an Amazon update! Get the latest Amazon news in our monthly newsletter.

A sortation center is part of a distribution network where mail is routed to its final delivery point. As reported by Jay Greene of the Seattle Times, Amazon has opened eight of these facilities, where it preps parcels for "last-mile" delivery by the USPS. Amazon expects to double that number by the end of 2014.

Amazon’s sortation centers are about a third the size of the company’s 1 million-square-foot fulfillment centers. But the big difference between the two, writes Greene, is the absence of any visible products in the sortation centers. Instead, what you see are packages moving along conveyor belts, while Amazon employees and computers sort them according to zip codes. Workers then load the parcels onto pallets for early-morning delivery to local post offices.

Since UPS doesn’t have Sunday delivery, and FedEx delivers on Sundays (at an extra cost) only rarely, Amazon’s sortation centers aim to fill this gap while getting closer to customers. In May this year, Amazon confirmed that it had already delivered millions of packages on Sundays to its customers.

Amazon may eventually open as many as 50 sortation centers, according to an expert interviewed in this MultiChannel Merchant article. That would enable the online giant to partner with around 7,000 post offices, serving 85 percent of the US population.

The company then would be positioned to bypass the express services of major carriers like FedEx, UPS, and DHL. The UPS already has joint ventures with FedEx and UPS. By way of sortation centers, Amazon extends its logistical control to the so-called Destination Delivery Unit (DDU), arguably improving upon the operations of its partners while reducing costs for customers.

Building more and more sortation centers might work as an extra source of revenue, for instance, by selling DDU delivery to merchants. Do the costs outweigh the benefits? One recalls Sucharita Mulpuru’s tweet when Amazon first announced Sunday delivery: “…customer-centric, yes; profitable, no. Just like almost everything else from Amazon.”

What Amazon is focused on is bringing itself closer to its customers. To get there, the Bezos team appears unafraid of more investment and possible friction with its carrier partners.