What is the Inbound Analyzer?

The Inbound Analyzer shows you information about units of a SKU that are inbound to Amazon FBA and helps you identify units that may have gone missing.

To view the Inbound Analyzer: 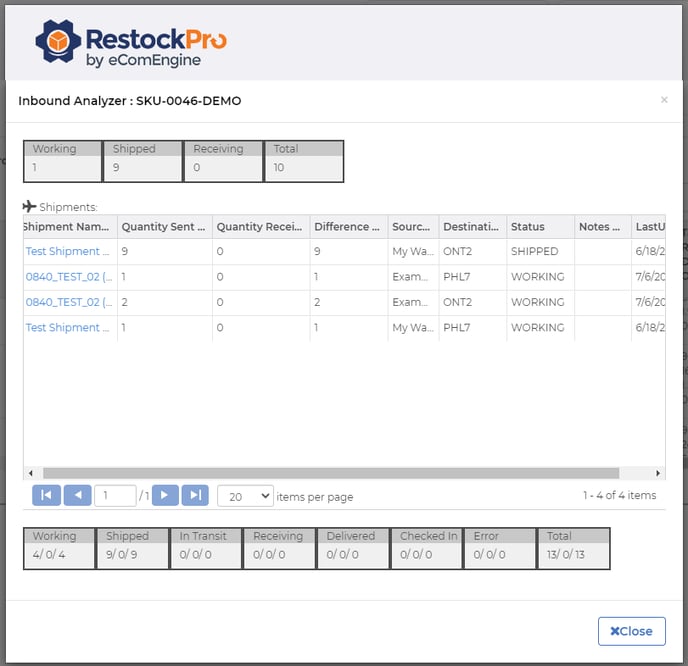 Shipments: In the center is a grid showing information about all the shipments currently containing this SKU, including:

Detailed Quantities by Shipment Status: At the bottom is a more complete breakdown of units sent and received and the difference, shown with slashes in between, e.g. 10/9/1. These numbers are shown for each of the following shipment statuses:

The total of these detailed quantities is also shown.

Note: For some status columns, e.g. Shipped and In Transit, the number of units received will always be zero because the entire shipments have not been received yet. The number is shown for all shipment statuses for consistency.