How You Can Help Report Fake Amazon Reviews

What can you do about fake Amazon reviews? Former Amazonian and founder of ecommerceChris Chris McCabe explains in this article.

Whether it’s inserts that another seller added inside their product packaging, illicit “manychat” bots pushing buyers to leave good reviews after receiving a free product, or 100% rebates AFTER a positive review has been left, Amazon hungers for information that will help it track down and punish this type of fraud. The longer it takes Amazon to identify and delete fake reviews, while simultaneously punishing the sellers and services behind them, the worse the abuse gets.

Competition Aside, Why Should You Report Bad Behavior?

The more you have chances to report obvious bad behavior and don’t, the more that encourages black hat sellers and consultants to propagate bogus product reviews throughout the system. Amazon’s mission in life is to provide the best buyer experience, and you can make your contribution to that effort!

If necessary, do it because you can establish a record of your actions. You’re showing yourself to be a devoted seller who plays by the rules and likely would not be pointing fingers if you were guilty of this yourself. Amazon knows and appreciates that.

Amazon can’t seem to do this alone, so they need you. You’re establishing a track record of being a fair marketplace player and, at the same time, giving it the additional push it needs to clean up a polluted system. Amazon has come a long way in terms of finding clusters of suspicious data and creating smart algorithms to circle fraudulent practices, but it’s not enough.

How to Report Fake Amazon Reviews

I’ve come up with good initial steps for you to follow to report fake Amazon reviews, but keep this caveat in mind. If Amazon ignores you, you should be prepared to take it further. The problem could worsen and giving up early means you’ve allowed it to fester as the fake positives pile up. If you wait and report them later on, Amazon won’t be as likely to delete those 5 stars you hate looking at.

And don’t casually report this abuse with a random Gmail account that’s only been around for a week and a half. Put your report in using your name and account email as an indication of good faith. You aren't hiding behind a fake account and you’re willing to put your own reputation behind this!

1) Send an Email AND Create a Case

Not sure where to begin? Start with their suggested path: a Seller Support case or an email into product review abuse queues. I know what you’re yelling right now, “I’ve done that! Nothing happens! It does no good...” and believe me, I know. Support reps often send you to basic channels knowing that your review abuse report simply goes there to die. They pretend that they helped you.

Support cases do, however, give you a case ID to flag as your starting point, which may help you argue that you tried following Amazon protocols in the past, only to see them fail to act. You can always include the case ID in the email subject line to make it easier for Amazon to review the abuse quickly.

Emails into policy queues may result in a similar situation. But add those into the timeline of actions you have taken thus far. Include dates and any attachments so when you follow up later on you can point to a full abuse report that they carelessly disregarded. Be specific so that you’re not handing them an excuse to throw it away.

This may be the easiest thing you’ll ever need to do as part of reporting fake product reviews on Amazon (or in reporting ANYTHING ugly on Amazon). Amazon enforcement of non-compliant inserts in FBA product packaging is at an all-time high right now. Take that seriously, because it may not last!

Get images or screenshots of the inserts you see inside. It could include anything from a suggestive 5 stars across the top to a manipulating request to contact the seller directly before leaving a negative review (see example above). Emphasize the worst features of the abuse when you report it. This should be the easiest thing Amazon has to do to protect buyers from fake reviews. If they refuse to take action on something that straightforward, please show it to me or make sure you escalate it further.

3) If No Action is Taken, Report it to PRA Teams Directly

If the seller continues to pile up fake reviews, report this to PRA teams directly. Mention the teams by name that you already reported to and describe how long it’s been since you did so with no sign of action. Support cases, emails into queues, emails, or calls to other teams resulted in nothing so far, and you reported abuse! They swept it all to the side, transferred it, or maybe forgot about it, but now it’s time to go to other teams to complain about how performance and policy teams ignored your report.

Of course, make sure your report was actionable to begin with and get professional-grade eyes on it if you’re unsure why they’re not taking action. Send an email summarizing all of this info to community-abuse-escalation@amazon.com if you have an actionable case (I can have a peek before you do this) that no one took the time to review at Amazon.

4) Still Nothing? Escalate to VP Level or Above 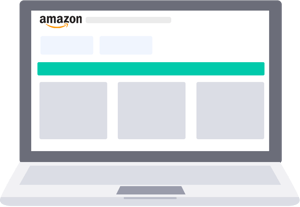 Remember how I previously mentioned the need to compose a timeline? While making a case for them to act, you're also building proof of a timeline of all the things you attempted to show them through the proper channels. Show the dates, the queues or teams you talked to or emailed, and the reviews abuse that continues despite all of your best actions. Make it clear that your intentions are to keep reporting it on a manager level or above to VPs that govern the entire marketplace if no signs of review or action persist.

If you have a Strategic Account Manager, show them what you’ve observed and how you’re reporting it. They may be able to create an internal case and direct it to PRA or abuse prevention teams. Help them solve a problem that ruins the buyer experience, and help them prevent fraud because that makes them look good, too. You’re being a good seller citizen and demonstrating a track record you can refer to later on when Amazon is looking for good sellers to join programs, participate in new initiatives, or grow into new regions.

If you try some of these methods and abuse teams don’t show any results, have an escalation strategy to take things outside of Amazon. The FTC is tracking fake product reviews and is quite interested in tracking evidence not only of consistent abuse on the platform but in Amazon’s inability to take appropriate action to prevent it. Keep handy that timeline of abuse and where you’ve reported as evidence that they have had opportunities to delete misleading fraudulent reviews but have done nothing. If you took it to an executive level, present that email to them. They may have additional guidance or steps you can take to push Amazon to act.

Ready for More? Watch this Interview with Chris!

This article coincides with an interview we recently recorded with Chris. Watch the video below to hear more insider info about this ongoing problem on the Amazon marketplace.

For additional guidance or assistance with reinstating your Amazon account, reach out to ecommerceChris.

How to Choose the Best Amazon Product Review Software